Trade secrets violation and breach of the duty of confidentiality in the framework of the acquisition of a hotel complex: commentary on the Court decision of the appeal court of Barcelona n. 853/2022, May 20. 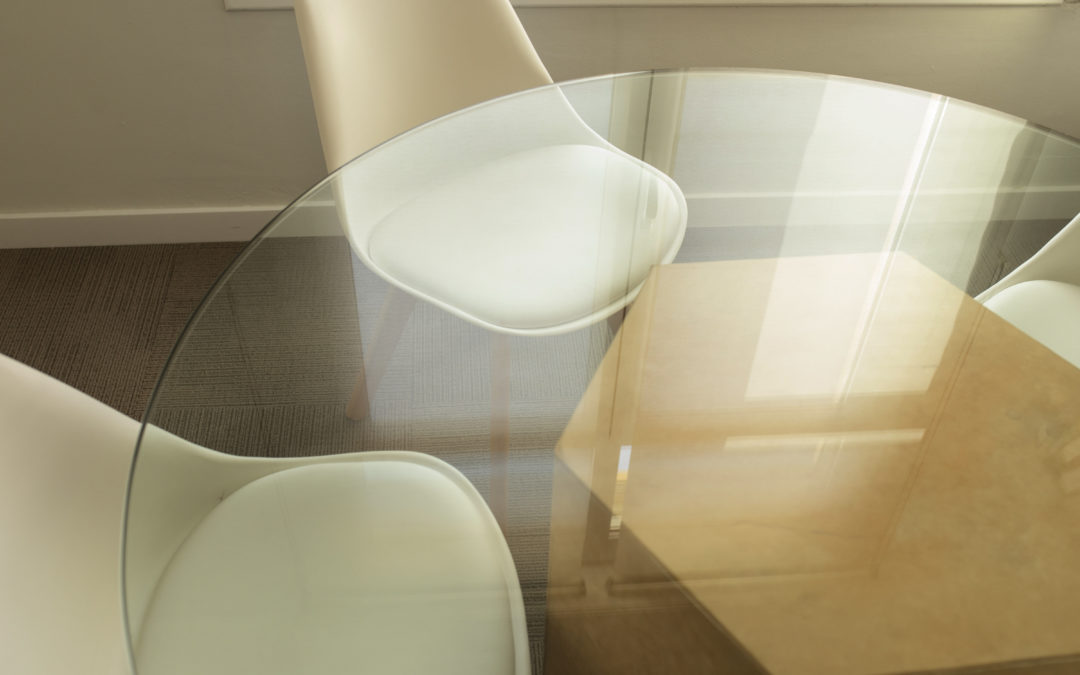 The Court decision of the Appeal Court of Barcelona n. 853/2022, May 20 solves the appeal against the first instance court decision that resolved the case of trade secrets violation and breach of a confidentiality agreement, in the framework of the acquisition of a hotel and its management company.

In order to acquire the assets of the hotel complex and the company that managed it, the claimant hired a consultancy firm for the assessment during the process of purchasing the hotel complex, to draw up a business plan, and to find a new company to take over the management of the hotel business.

The consultancy firm carried out a due diligence process to obtain an overview of the financial situation of the hotel complex and the viability of the business. Moreover, the consultancy firm found a company that could take over the management of the business. This company, which is the parent company of a holding, needed access to business information in order to be able to make the offer. In this situation, the parent company signed a confidentiality agreement to have access to the information, committing itself not to use the information it received for any other purpose than to make an offer regarding the management of the hotel.

The claimant brought an action for unfair practices due to the violation of trade secrets and breach of the confidentiality agreement as the defendant used the information provided for its own benefit. Besides, the claimant claimed compensation in the concept of damages.

In its Court decision, the Appeal Court of Barcelona analyses five different aspects: i) the limitation period for the unfair competition action alleged by the defendant ii) the lack of legal capacity to be the defendant iii) whether or not the information transmitted was confidential, iv) whether or not the use of that information constitutes an act of unfair competition, and finally v) determines the amount of the damages award.

The Appeal Court considers that although it is true that the claimant became aware of the unlawful act at the time when the defendant acquired the management company, this cannot be the moment when the time starts to run, as the defendant does not take into account the interruption of the limitation period due to the extrajudicial injunctions and prior judicial measures requested by the claimant before filing the lawsuit in July 2020.

In particular, the limitation period was interrupted because the first injunction was issued in November 2018, then in May 2019, the claimant filed preliminary proceedings to request the company related to the defendant to provide a copy of the deed of purchase of the shares of the company that originally managed the hotel. Such preliminary proceedings were not completed until July 2019 when the requested copy was provided, and the limitation period was interrupted again by another injunction issued by the claimant in November 2019. Thus, the action was not time-barred as the lawsuit was filed in July 2020, before the year had elapsed since November 2019, when the defendant was summoned for the third time.

The Appeal Court considered that the allegation made by the defendant was completely unfounded, as the confidentiality agreement was signed by the defendant’s expansion director. Not only that but even if a name has no legal personality, such a name is used in the course of trade to identify someone who does have personality, whether a natural or legal person. The defendant, who created and uses these trade names in the course of trade, is reluctant to acknowledge that such name identifies it. This attitude can only be understood as an attempt to conceal the name of the group’s parent company.

Besides, among the documentation provided, it is clear from the offers that it is the defendant who assumes the confidentiality agreement because the offers were signed by the CEO or by the president and administrator of the parent company, and also because it is the parent company that decides which company of its group will manage the hotel complex.

The claimant brings the action for an act of unfair competition, namely the exploitation of a trade secret, and the breach of a confidentiality agreement.

The unfair act of trade secrets violation is governed by Article 13 of the Spanish Unfair Competition Law which, in the version of the Law prior to the 2019 reform, established the following:

“The disclosure or exploitation, without the authorisation of the holder, of industrial secrets or any other kind of business secrets to which access has been obtained legitimately, but with a duty of confidentiality, or illegitimately, as a result of any of the conducts provided for in the following paragraph or in Article 14, shall be considered unfair“.

This article, since the adoption of the Spanish Trade Secrets Law in 2019, has changed its wording, by referring to the provisions of the Spanish Trade Secrets Law. However, before moving on to the unfair act of trade secrets violation, we must first determine whether or not the information provided had the character of a trade secret, or in other words whether or not the information was confidential.

(a) be secret, in the sense that, as a whole or in the precise configuration and assembly of its components, it is not generally known by, or readily accessible to, persons belonging to the circles in which the type of information or knowledge in question is normally used;

(b) have business value, either actual or potential, precisely because it is secret; and

(c) the holder has adopted reasonable measures to keep it secret.

The information that was shared with the parent company contained valuation reports, the business plan drawn up by the consultancy firm, professional and salary data of the employees, etc.

As we can see, this is secret information, as this type of information is not normally known by people in the hotel sector who are external to the company. As the Barcelona Appeal Court, considered the commercial and economic information provided to the parent company was not public, it was confidential. It was only available to the parent company after signing a confidentiality agreement with the claimant’s consultancy firm, such information was not available to hotel operators in general, who would be the circle of users of that type of information.

On the other hand, it is also verifiable that the provided information had a business value, as it enabled the parent company to draw up its own business plan and two different offers for the lease of the hotel complex, which shows the information was complete and valuable.

Now that we have determined that the information provided to the defendant was confidential, or secret, information, we have to determine what constitutes the violation of trade secrets.

As described above, once the defendant had access to the information, through a related company, purchased the shares of the company that managed the hotel complex that had been acquired by the plaintiff.

In the light of the provisions of Article 3.2 of the Spanish Trade Secrets Law, we are faced with unlawful or unfair conduct insofar as the defendant used the information with the aim of purchasing the company that had already managed the hotel through one of the companies of the holding, breaching the confidentiality agreement.

The current law considers the use of secret information as a violation of trade secrets when it is made in breach of a confidentiality agreement. This leads us to consider that the defendant incurred in the unfair act provided in the former article 13 of the Spanish Unfair Competition Law by exploiting the secrets obtained under the duty of confidentiality by using such information to purchase the shares of the company originally managing the hotel.

However, we must bear in mind that there is a difference between what was established in article 13 of the Spanish Unfair Competition Law before the 2019 reform and what is established in article 3.2 of the Spanish Trade Secrets Law. In the light of the Spanish Trade Secrets Law, in order to determine that the conduct is unlawful, it is not required that the use of the secret information is made with the intention of obtaining a personal benefit or causing damage to the owner of the information, but rather the violation of trade secrets is committed when the information is used in breach of the confidentiality agreement, and in this particular case because the information has been used with a different purpose than the one established in the confidentiality agreement.

Last but not least, we must analyse how the Court resolved the discrepancies between the parties in determining the amount claimed. The claimant claimed on the one hand, compensation for consequential damages set at €123.580 and, on the other, the loss of profit initially set at €6.904.400.

However, this conclusion, says the Court, is not logical, as it would be absurd for the defendant, a company with extensive experience in the hotel sector, to have made two offers to lease the hotel for the not inconsiderable price of €1.900.000 per year, for twelve years, to a company that had no real options to control the real estate asset. It is simply incomprehensible that the parent company would agree to negotiate this transaction with the claimant if it did not believe that the claimant could pay such an amount.

Therefore, the fact that the defendant had submitted not one but two offers for such a price undermines the belief that the applicant did not have sufficient financial capacity to pay the price offered.

Both parties agreed on the amount of €123.580 in damages, as such amount was determined by the fees of the services provided by the consultancy firm to the claimant during the due diligence process.

The amount in dispute was the amount corresponding to the loss of profit. The amount claimed by the defendant varied throughout the judicial proceeding.

Initially, the amount claimed, based on the claimant’s expert report, was set at €6.904.400. This amount was reduced by an addendum to the expert’s report, which stated that the amount of the loss of profit should be lower than initially claimed by reducing by 50% the profits that the claimant would have hypothetically obtained during the central period of the pandemic. Once the amount of the profits obtained had been reduced, the loss of profit was set at €5.503.214, the main amount claimed.

As an alternative claim, the claimant claimed the sum of €4.151.196, which was the result of deducting from the expected income the expenses that the claimant would have had during the years of the contract, as determined in the offers submitted by the defendant to manage the hotel complex.

The Appeal Court of Barcelona ultimately ordered the defendant to pay the amount requested in the alternative of €4.151.196.