The assignment of the trademark derived from the sale of the undertaking: On the presumption established in the article 47 of the Spanish trademark law. 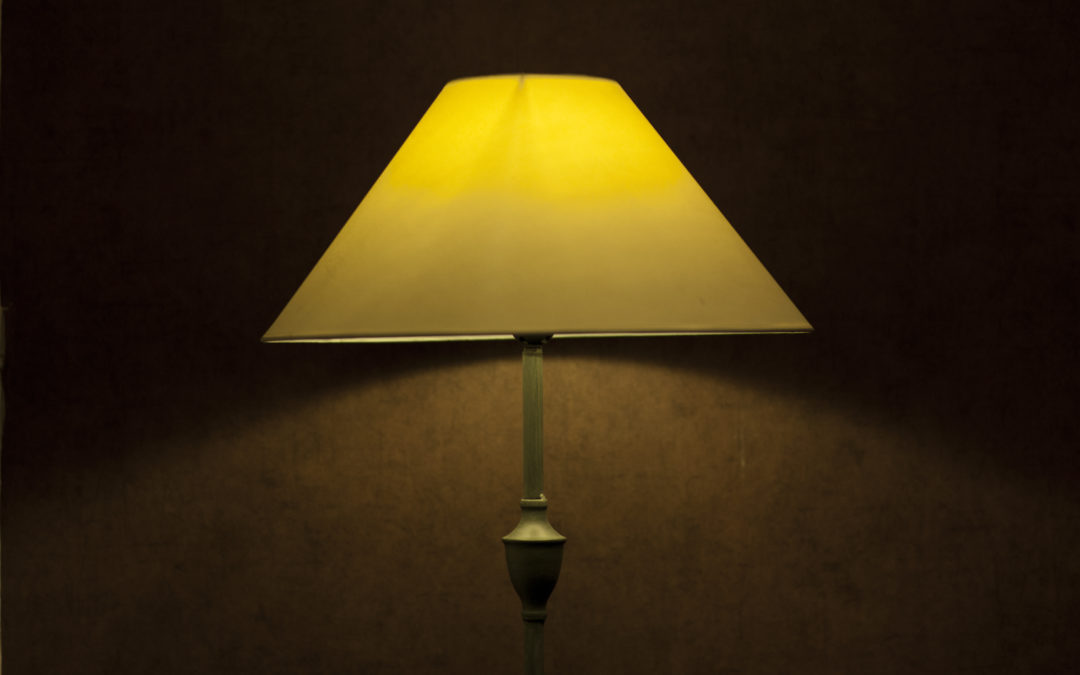 A trademark is a distinctive sign that belongs to the intangible assets of the undertaking and aims to distinguish the goods and services of one undertaking from those of other undertakings.

A trademark as an asset is used in the course of trade and as an object of property can be assigned separately from any transfer of the undertaking, in respect of some or all of the products or services for which it is registered, allowing the contracting parties to establish the conditions that will determine the use of the trademark.

It is presumed that the sale of an undertaking implies the transfer of the trademark, if the trademark is not expressly excluded from the sale.

The second paragraph of the article 20 of the European Union trademark rules this issue similarly:

According to both, EU, and Spanish Law, in these situations, it shall be understood that the trademark is assigned to the acquirer, as an inherent part of the acquired business.

This seems simple; however, the practical approach can be ambiguous. To give clarity to the situations described, let’s see how the courts have interpreted the article 47.1 of the Spanish Trademark Law.

The case law has established that:

“the presumption that the transfer of an undertaking as a whole implies the assignment of its trademarks, and therefore if the parties omit anything regarding the undertaking’s assets in the sale-purchase agreement, it shall be presumed that the acquirer acquired the trademark if otherwise is not stated in the agreement” (Court decision of the Appeal Court of Alicante n. 1254/2020, 23 of November).

Here we find another interpretative doubt regarding the concept of “undertaking”, this term is used by both the EU Regulation and the Spanish Law. It seems that this term has to be understood as the term “business” rather than the term “company”.

The Court decision of the Appeal Court of Alicante mentioned before, understands that the concept of “transfer of an undertaking” includes the concept of “sale of a productive unit”:

“as it is the sale of a productive unit for which the legislator has introduced the presumption that trademarks are assigned to the acquirer, given that trademarks are considered to be a distinctive sign that belong to the company’s assets, not only contributing to the business value but keeping a special functional relationship with the sale’s object as the trademark is essential to keep the productive aim that is inherent to the company” (Court decision of the Appeal Court of Alicante n. 1254/2020, 23 of November).

In other words, it shall be connected the sale of an undertaking as a business with the assignment of the trademark due to the usefulness this asset has in the framework of a business, being a necessary and indispensable element for the company’s productivity.

We can find another example of a dispute derived from the assignment of a trademark due to the transfer of a branch of the business. The Appeal Court of Barcelona solved this case, in its Court decision n. 63/2013, 11 of February.

This conflict arose from the disagreements in a family business with two different lines of activity, the restaurant business (Frankfurt) and the manufacture and distribution of meat products (partly to serve the Frankfurt business). This family business was formed by five different companies.

The Appeal Court of Barcelona, in accordance with the Court decision of the Commercial Court, declared that “the transfer of the business involves as well the assignment of the ownership of distinctive signs, therefore, admitting the petitions in the counterclaim, declares that the trademark and the shop signs (…) belong [the son]” (Appeal Court of Barcelona, in its Court decision n. 63/2013, 11 of February).

Follows the Court reasoning that the contracts between father and son “meet the same conception, and fundamental cause, which was transferring the commercial premises (…) and that the sum paid by [the son] as compensation (…) includes the price of the sale-purchase (…) it shall only be explained if the transfer includes the distinctive signs that belong to the company’s goodwill, and even if they are not included in the company’s inventory and balances, the presumption foreseen in the article 47 of the Spanish Trademark Law should be applied”  (Court decision of the Appeal Court of Barcelona n. 63/2013, 11 of February).

Besides, the Appeal Court of Barcelona acknowledges that even if the transfer had been done in three different public deeds, they could not be seen as isolated transactions, but rather as part of a business sale. The son acquired all the commercial premises destined to the restaurant business, acknowledging that it is the sale of a single business that belongs to the “same chain”, and furthermore that “the decisive element that shall prove the sale of the restaurant business including all elements, trademarks as well, is the compensation paid by the acquirer (…)” (Court decision of the Appeal Court of Barcelona n. 63/2013, 11 of February).

In the light of what is established in the Court decision of the Appeal Court of Barcelona, we understand that in the case that the undertaking is transmitted, and nothing is established regarding the trademark, it shall be understood that the trademark is assigned to the acquirer, according to the article 47.1 of the Spanish Trademark Law. A different question is if the register shall ex oficio reflect the change of the ownership or if the change of ownership shall be requested by the interested parties, having previously obtained a declaratory judgment, acknowledging the change of the ownership. It seems more plausible the second option.

Another conflict that can arise, is when an undertaking uses a trademark that is registered under the name of an individual person connected to the undertaking. For this case, we can refer to the Court decision of the Appeal Court of Madrid on the 18th of January 2013.

This Court decision solves a dispute in which the claimant, the defendant and the defendant’s wife, engaged in offering maintenance and transport services as individuals and self-employed workers. A while after, they decided to partner, pooling their businesses, and using in the course of trade the trade name “SUMA EUROPEA DE SERVICIOS”, and using this same name to distinguish their services. Such trademark was ownership of the claimant as an individual person.

Two years after having incorporated the company, the claimant exchanged with the defendant all the shares of the company “SUMA EUROPEA DE SERVICIOS, S.L.” for three vehicles that belonged to the defendant.

The Appeal Court of Madrid justifies the assignment of the trademark because it can be inferred from “the proven facts, that the trademark was a creation of the claimant and the defendant’s wife to distinguish the business and the services they offered when they decided to pool their respective businesses that until that moment they had been offering as self-employed workers, registering that trademark exclusively under his name, in fraud of his partner’s rights, and in view of the involved parties, it shall be taken into consideration that the trademark had been tacitly contributed to the company (Court decision of the Supreme Court on the 2nd of November 1987) in the moment of its incorporation, given that not only the company has the same name as the trademark, but the trademark is used in the same course of trade identifying the same services that they were offering before incorporating the company, and as a consequence, the trademark and the trade name belong to the company “SUMA EUROPEA DE SERVICIOS, S.L.” from the moment of its incorporation and not to the claimant” (Court decision of the Appeal Court of Madrid on the 18th of January 2013).

The Court decision of the Supreme Court on the 2nd of November 1987, quoted in the Court decision of the Appeal Court of Madrid on the 18th of January 2013, solves a similar case, in which the company “ADA, Ayuda al Automovilista” filed a lawsuit requesting the court to acknowledge that the trademarks registered under the defendant’s name, actually belonged to the company, and requesting as well to the court to order the defendant to stop making use of such trademarks.

The Supreme Court solves this case by acknowledging that with the sale of the shares, it shall be understood that trademarks had been as well assigned because even if in the “public deed of incorporation of the company, there was nothing was established regarding the contribution of trademarks and the shop sign, the defendant was only the formal owner, but they all belonged to the ownership of the company” (Court decision of the Supreme Court on the 2nd of November 1987).

The fact that an individual person is the owner of a trademark, but the trademark is connected to the productivity of a company and used in the course of trade by that company, does not prevent the application of the presumption of what is established in the article 47.1 of the Spanish Trademark Law. Therefore, the transfer of a company that has been using a trademark that belongs to an individual person connected to the company, shall imply assignment of such trademark. The assignment of a trademark to the acquirer shall entail the continuation of the economic activity of a company and the possibility to keep distinguishing its goods and services.

However of the above explained, before purchasing a company, business or productive unit (undertaking), it is advisable to do a thorough revision of the tangible and intangible assets, and its current legal situation, among which we shall find the company’s industrial property rights such as trademarks, checking that those rights are duly registered under name of the company that will be acquired- and not under the name of third parties-, that the trademark protects the business activity and/or the goods and services for which is registered, check the existence of licensing agreements, making sure that there are no infringements of such rights or challenges regarding their validity, and that they will be properly assigned together with the rest of the business.